The Science Behind Sound Frequency Therapy 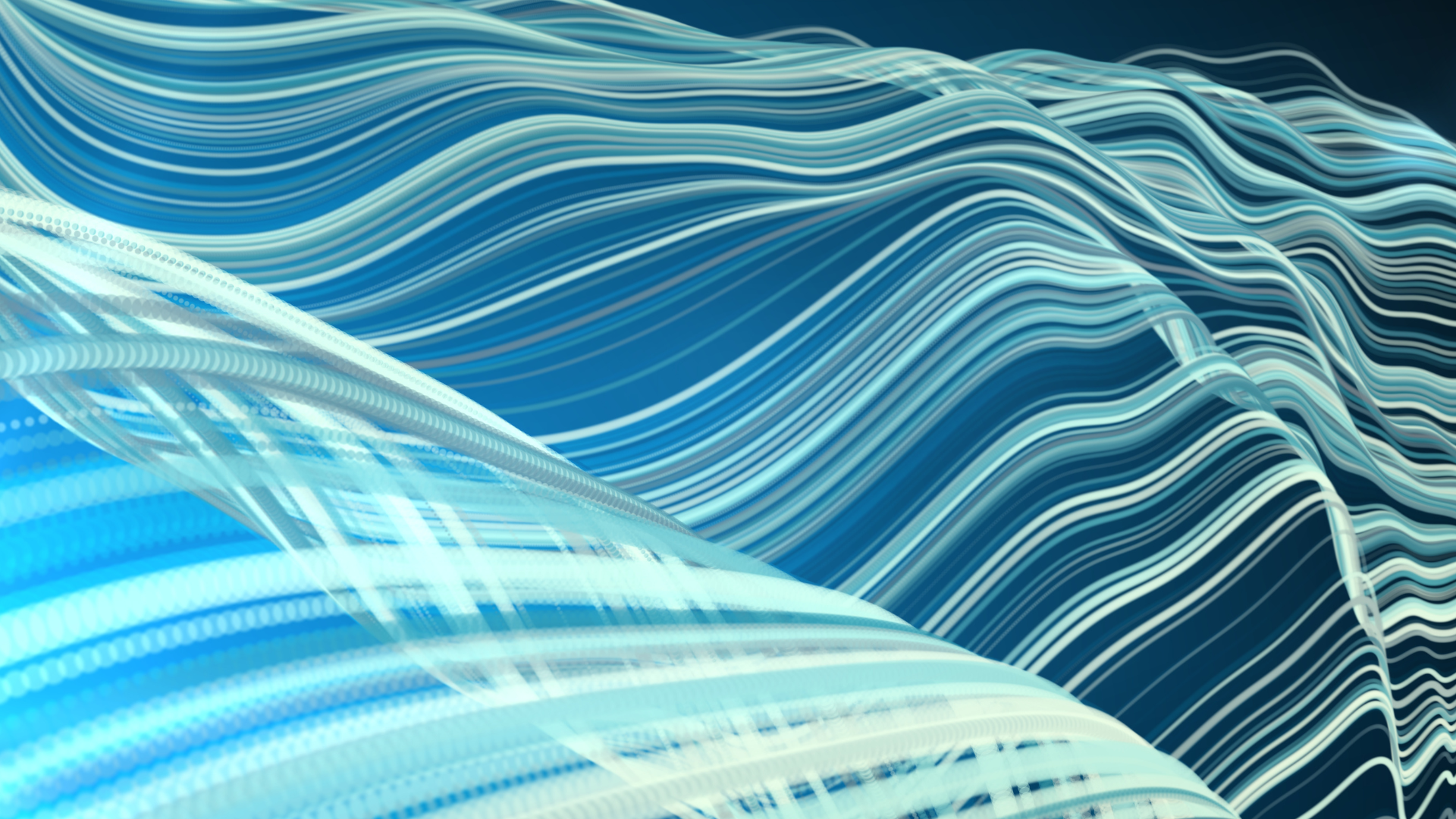 What is Sound Frequency Therapy? (SFT)
You've probably heard of sound therapy or Sound Frequency Therapy (SFT) before.  But what is it?
SFT is a relatively new form of therapy that uses vibrations to help people heal from conditions like anxiety, depression, PTSD and more.
This term SFT is becoming more understood and accepted in the world of unconventional medicine.  It is also known as sound healing or vibrational medicine.  Low-wave frequencies penetrate cells in the body resulting in addressing and correcting imbalances. Conditions that can be corrected might include anxiety, depression, PTSD, hormonal imbalances, insomnia and the list goes on and on.
While the research behind SFT is still in its early stages, there's already evidence that suggests it can be an effective treatment for a variety of conditions. Let's take a closer look at how SFT works.
But first, a little history. 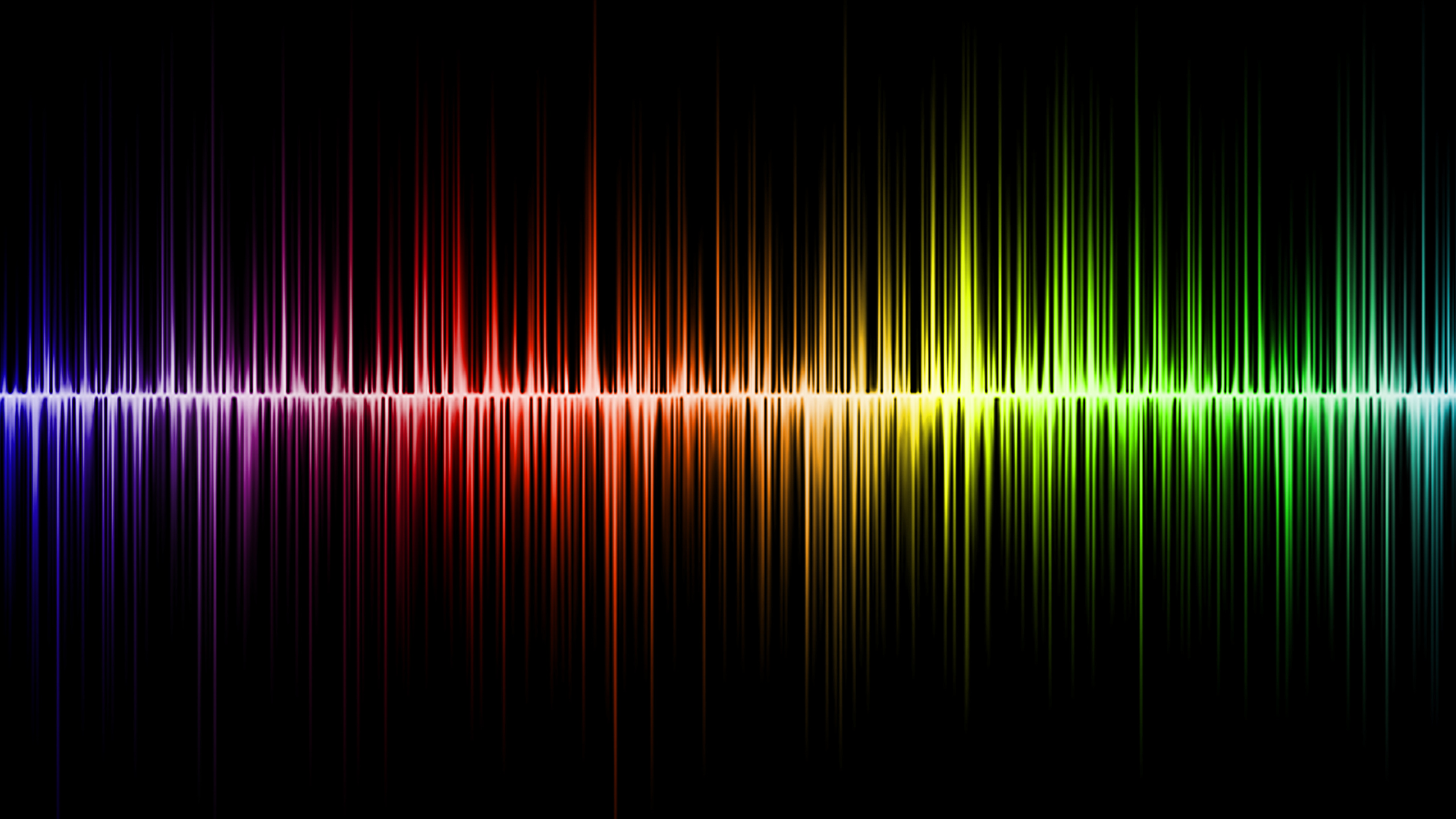 Here is a quick glimpse of a bit of the history of sound wave therapy
All throughout history people have used music as therapy.  There are historical records that document the positive effects of vibration and sound frequencies.
They discovered, in the 18th century that people had experienced positive health effects from carriage rides.  These carriages traveled down cobblestone streets.  The theory is that the clippity clop of the horses hooves and the sound of the wheels on the cobblestone streets and the swaying or bouncing of the carriage resulted in a decrease in depression.   This discovery led to the development of mechanical “chairs”.  Pts would see the doctor and they would be treated with this vibrating chair and health issues like depression and liver disease responded in a positive way.
Further inventions resulted in using vibrating tools like a tuning fork that emitted sound frequencies and were found to help conditions like Parkinson’s and ataxia.  Later a metal helmet was created with a motor on top that vibrated at 10 Hz.  This helped people with insomnia, migraines, and depression (Possible Mechanisms for the Effects of Sound Vibration on Human Health “Healthcare (Basel) 2021 May;9(5):597)
Music therapy became an entity about 75 years ago and is used today to help with all kinds of health related issues.  You can obtain a certification or license to be able to use music therapy.  It’s used often with children in therapy situations.
I know I have certain songs that when I hear them, they evoke happy memories or sometimes sad ones.  Some days if I am struggling with sadness, I can put on a worship song and everything changes.  Music is powerful not only for the notes we are hearing but also for the sound waves that are emitted in that note.
As I have mentioned multiple times, I struggle with insomnia at times.  I have an app on my iPad that I will turn on because I can choose sounds that will encourage rest like rain falling or a bubbling brook.  Those are not songs, but are sounds and those sounds emit vibrations that my brain responds to and results in relaxation and calm.
As a living being, we emit “songs” through all of our organs.  Each organ has it’s own song.  So when you hear a song you love your body absorbs the sound wave of that song and you feel better even though you probably don’t really say “Oh I feel better”! 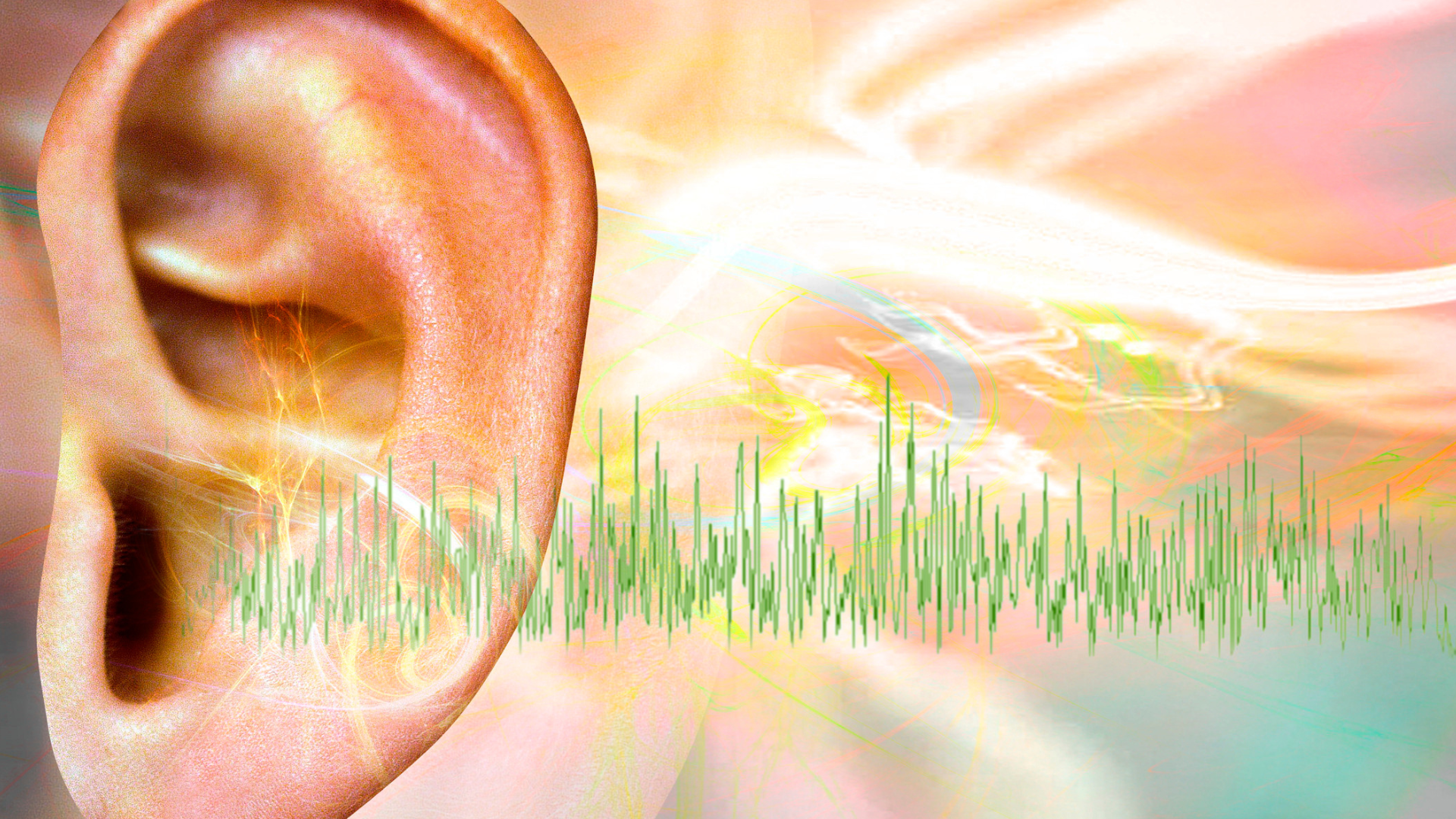 What is sound wave therapy?
Let’s start with the definition of sound. It’s “a vibration that propagates as an audible wave of pressure, through a transmission medium like liquid, gas or a solid.  Each sound is characterized by its wavelength hertz (Hz), intensity (decibel), speed and direction (Shipman et al., 2012).   The vibration from sound energy  is healing.  The whole body acts like a symphony, though we can’t hear it.  Every organ, bone, tissue and cell has its own frequency.  If we are healthy, every frequency works in conjunction with each other to create harmony.  If one organ is out of tune, the entire body is affected. When this occurs we start to see illness and disease. 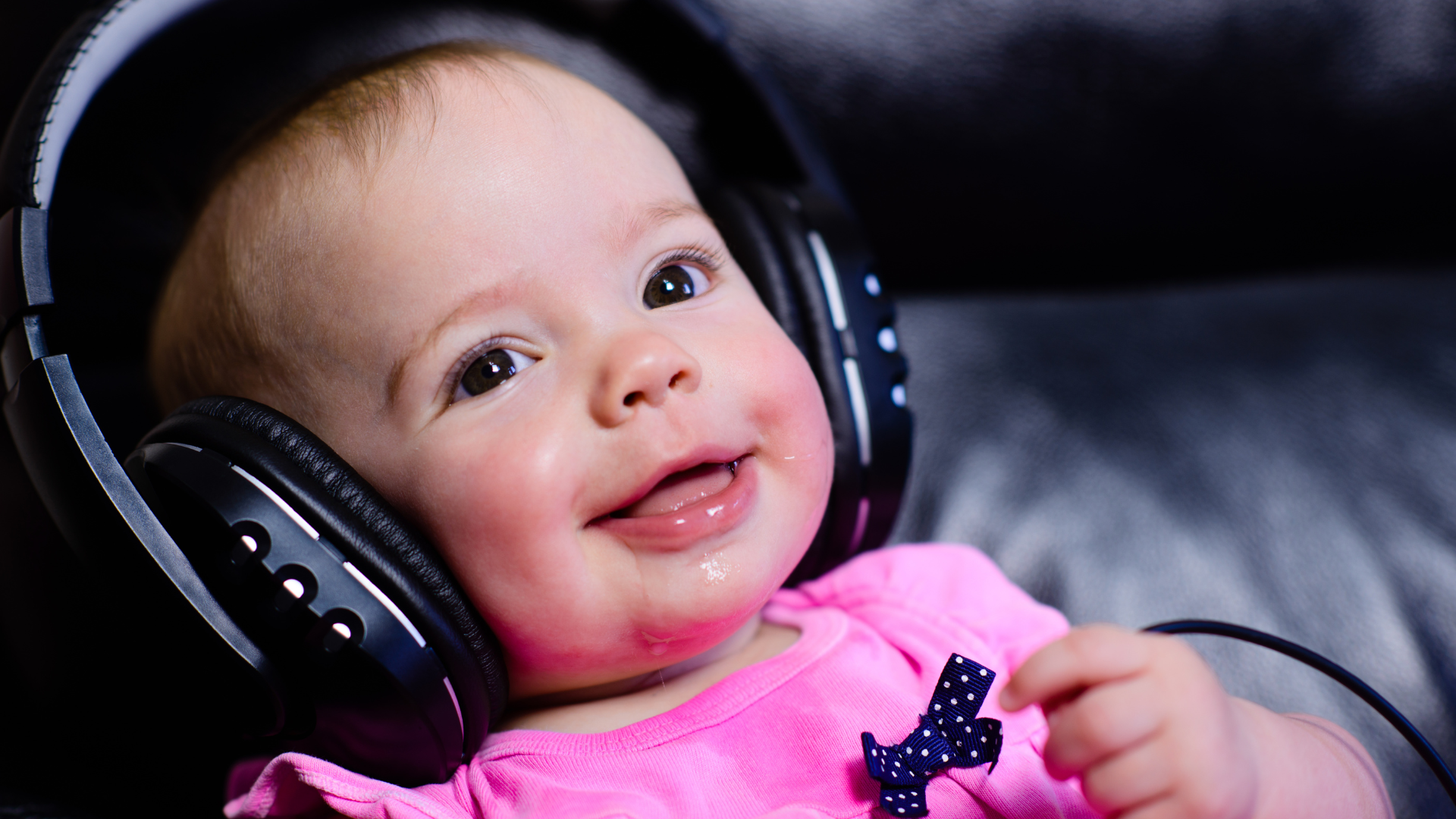 How does SFT work?
This term SFT is becoming more understood in the world of unconventional medicine.   Low-wave frequencies penetrate cells in the body resulting in addressing and correcting imbalances. Conditions that can be corrected might include anxiety, depression, PTSD, hormonal imbalances, insomnia and the list goes on and on.
SFT works by sending vibrations through the body through a traditional device called a SFG or Sound Frequency Generator. This device The SFG produces sound waves of different frequencies that the patient then hears through headphones. The frequency of the sound waves can be changed depending on the condition being treated. Research suggests that these sound waves can affect the brain in a way that helps improve mood and relieve symptoms of conditions like anxiety and depression.  Some of these devices are a little large and cumbersome. 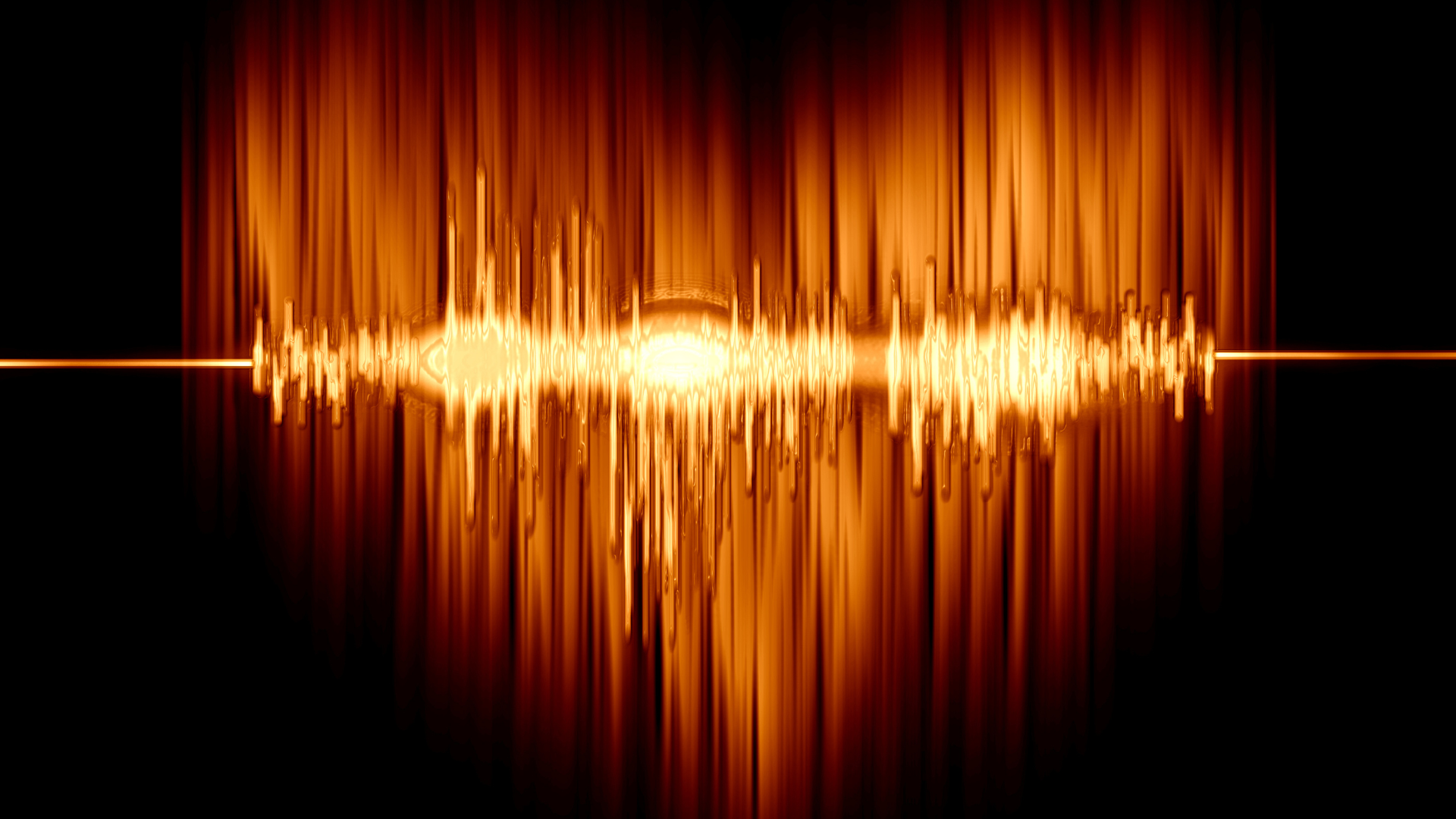 One of the most well-known studies on SFT was published in 2008. This study found that patients with major depressive disorder who underwent SFT treatment experienced significant improvements in their symptoms after just four weeks of treatment. Since this initial study, there have been several others that have found similar results. While more research needs to be done to understand exactly how and why SFT works, the evidence so far suggests that it is a promising treatment for a variety of conditions. 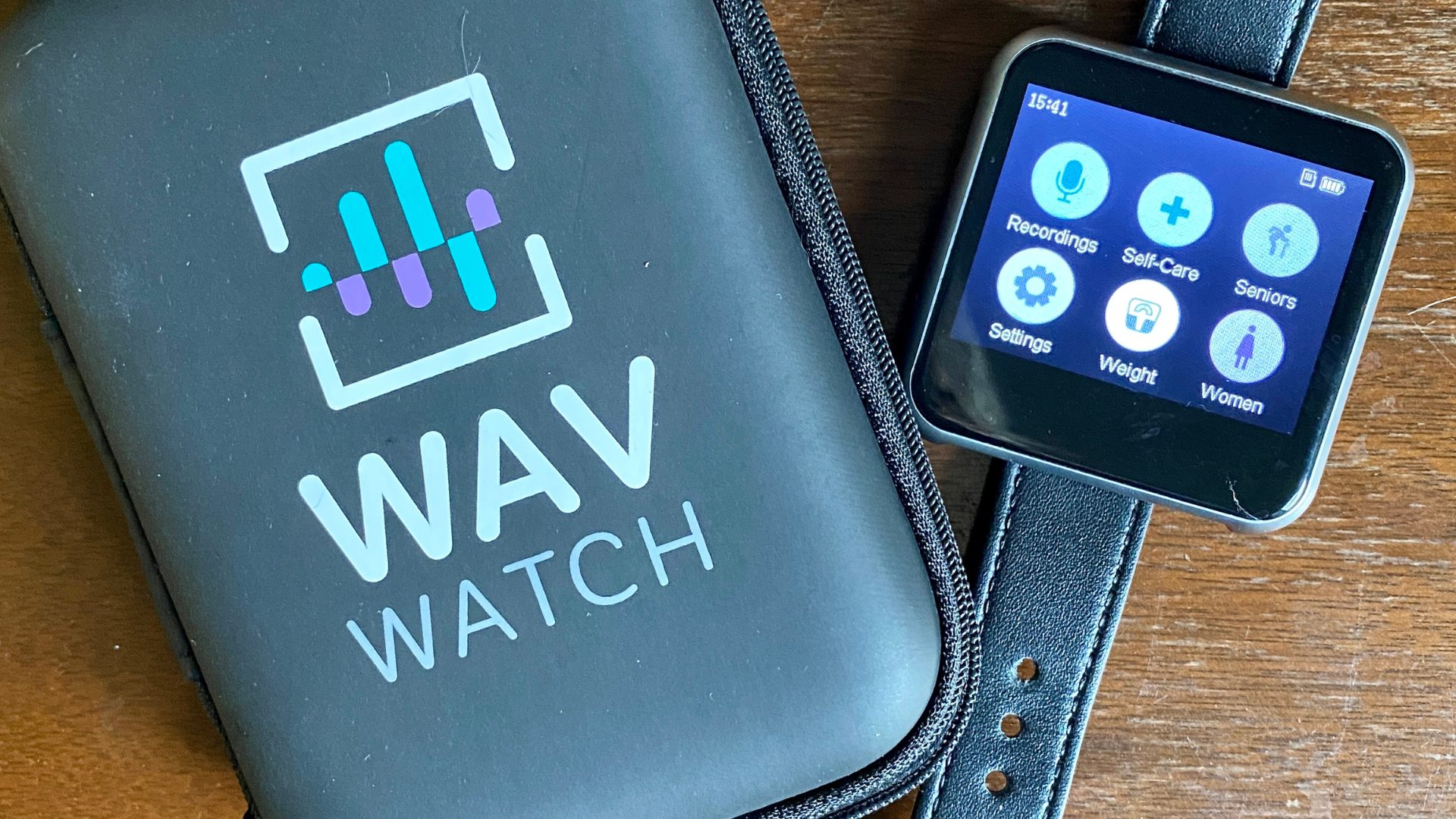 How can we access this therapy today?
What if you had a device of your own that would deliver these sound frequencies not only to address mood disorders but also up to 850 different diagnoses from hot flashes to musculoskeletal disorders to aging concerns to helping your kiddos get to sleep?  There is a device called the WavWatch.  It was introduced to me through my mentor who attended a biohackers summit.  She met the creator of this watch and tried it right away. She struggles with weight so she chose the appetite setting and literally had to take the watch off so she could eat. My other friend has had Bell’s Palsy for years, twice!!!!  That will affect the nerve in the face and will cause the eye to not open completely. She put the watch on and after 20 minutes her eye  more open than it has been in years.  I have used it to help hot flashes and constipation and arthritis and numbness and so far have seen subtle changes starting to develop.  This is another tool in my toolbox that includes essential oils, cannabis, cbd, exercise and a  healthy diet and soon to come, herbal medicine.  I am super excited to share this with you.
You can grab a watch for yourself and get $100 off by using my link.
enter SHOSHANA100 at checkout
I want it!!
How do you like your Pine? 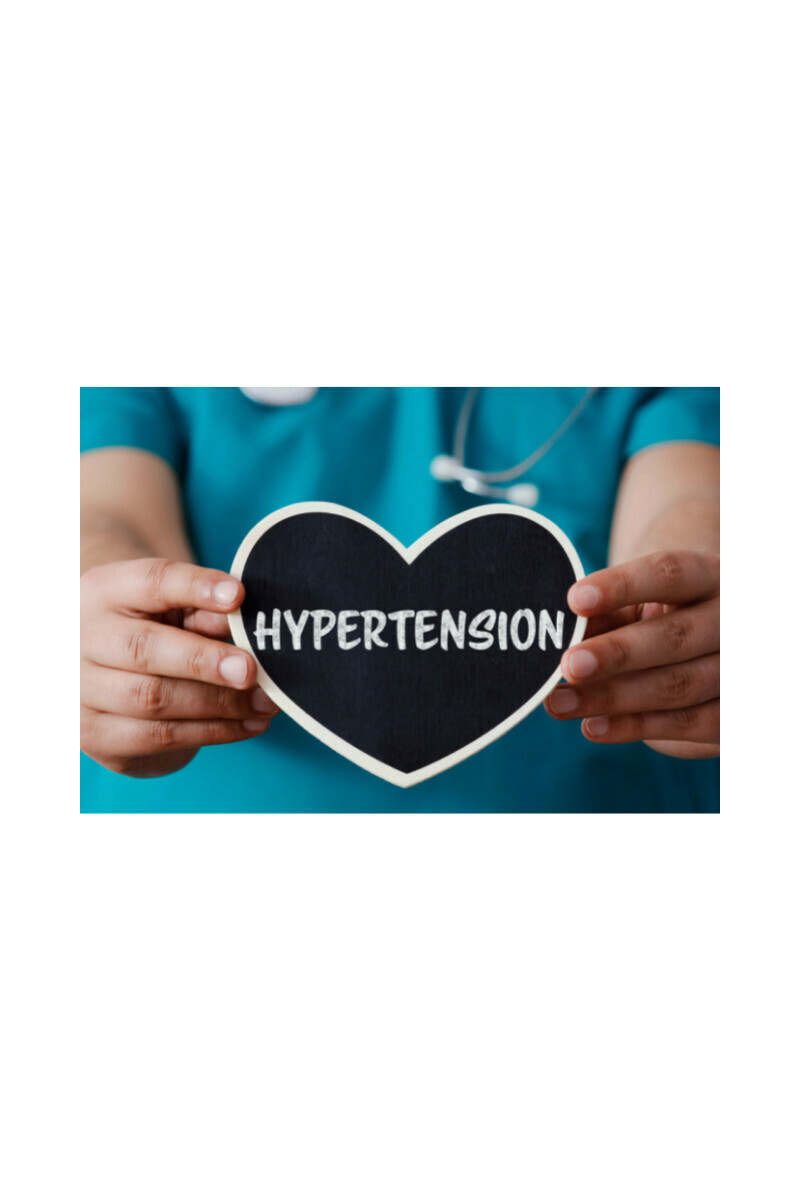 Menopause and High Blood Pressure - Is it a Thing?
Can Cannabis Suppositories help with Painful Intercourse?

Can Cannabis Suppositories help with Painful Intercourse?
Frankincense - The Gift for Jesus
How do you like your Pine?
Suppositories: The Good, The Bad and the Ugly
The Health Benefits of Being Grateful and Thankful
Let's Talk About Anxiety Disorders!!! Seems Like it's Everywhere!!
For the Health & Wellness Enthusiast: These are the Perfect Christmas Gift Ideas!
Is there an Indication for Plant Medicine for Neuropathic Pain
How Can Cannabis & CBD help in the setting of Respiratory Diseases
Breast Health: Is there a place for CBD and THC especially in the setting of cancer?

I am a wife, Mom, Nana to 5 grandsons, a Physician Assistant and now an expert in Cannabis!  I initially wanted to help women who have experienced early onset menopause who struggle with the negative symptoms of that but soon realized that as a medical educator, I can't stick to just one health topic!!
I have never been one to take a lot of medications, but the older I got, I found myself turning to pharmaceuticals to address the many obstacles I was starting to face. After all, it's all we know right? One big overwhelming obstacle that was all consuming was the rollercoaster of peri-menopause or that period of time before menopause. That started for me at age 36!  Darn the hot flashes, insomnia, increasing muscle aches and pains and fatigue! Add in some crazy mood swings for good measure. What's a girl to do?
When I was diagnosed with breast cancer, I was totally caught off guard. To be honest, I had a hard time wrapping my head around the whole thing – the diagnosis, the treatment plan, and all of the side effects that came along with it. But perhaps even worse than all of that was the onslaught of menopause symptoms that followed. With raging hot flashes and insomnia plaguing me, it felt like there was no end in sight.
That is, until I discovered essential oils. Those oils, which God gave me 2 months before I was diagnosed with breast cancer, helped me get through that season.  Those oils helped with getting me off of ambien (an addicting sleep aid) and antidepressants and helped with the emotional roller coaster of surgery and radiation and fatigue.
The menopause symptoms that have affected me the most are insomnia and hot flashes.   I had heard about cannabis for menopause relief but being from the generation that grew up hearing cannabis was bad, bad, bad - I was hesitant. I had used cannabis when I was younger but had walked away from that for many reasons. However, after doing some research and talking to some friends who were using it, I decided to give it a try. Low and behold - it worked like a charm! Not only did it help with the hot flashes but also with the insomnia and anxiety that comes along with menopause.
Today, as a breast cancer survivor and advocate for cannabis use I can confidently say that it truly is an essential tool in navigating the challenges presented by menopause alone or during treatment. In fact, since my experience has been so positive with this plant-I decided to pursue certification as coach & educator so you'll have access too!
As a physician assistant who has experienced menopause first-hand, I wanted to help women struggling with this confusing and difficult time in their lives. By combining my knowledge of alternative medicine with my experience in conventional medicine, I can offer relief that is truly holistic!  I can't just stop with hormones though.  I am focusing on all the positive attributes of the cannabis plant to help with all health issues!  If you would like to work with me you can book an appointment for a coaching session. 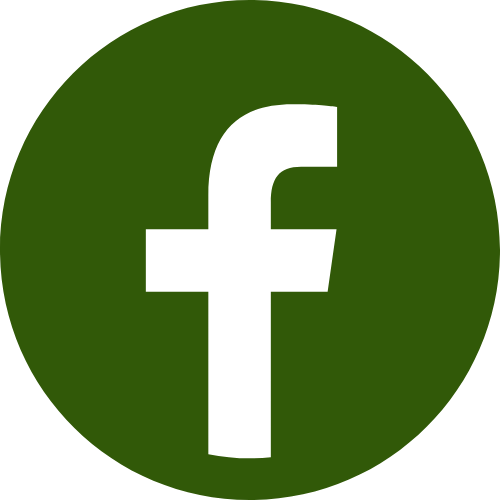 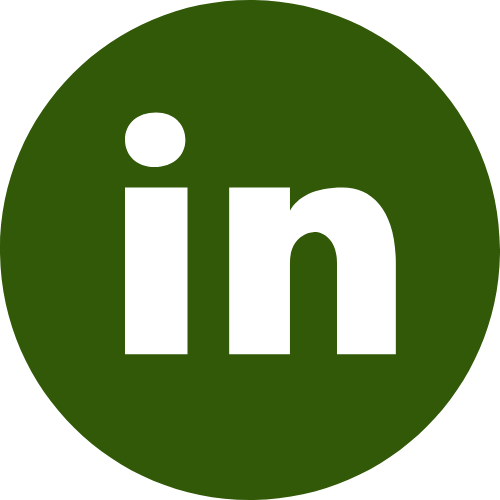 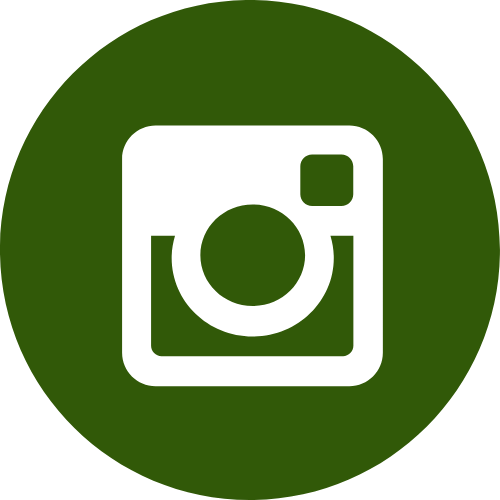 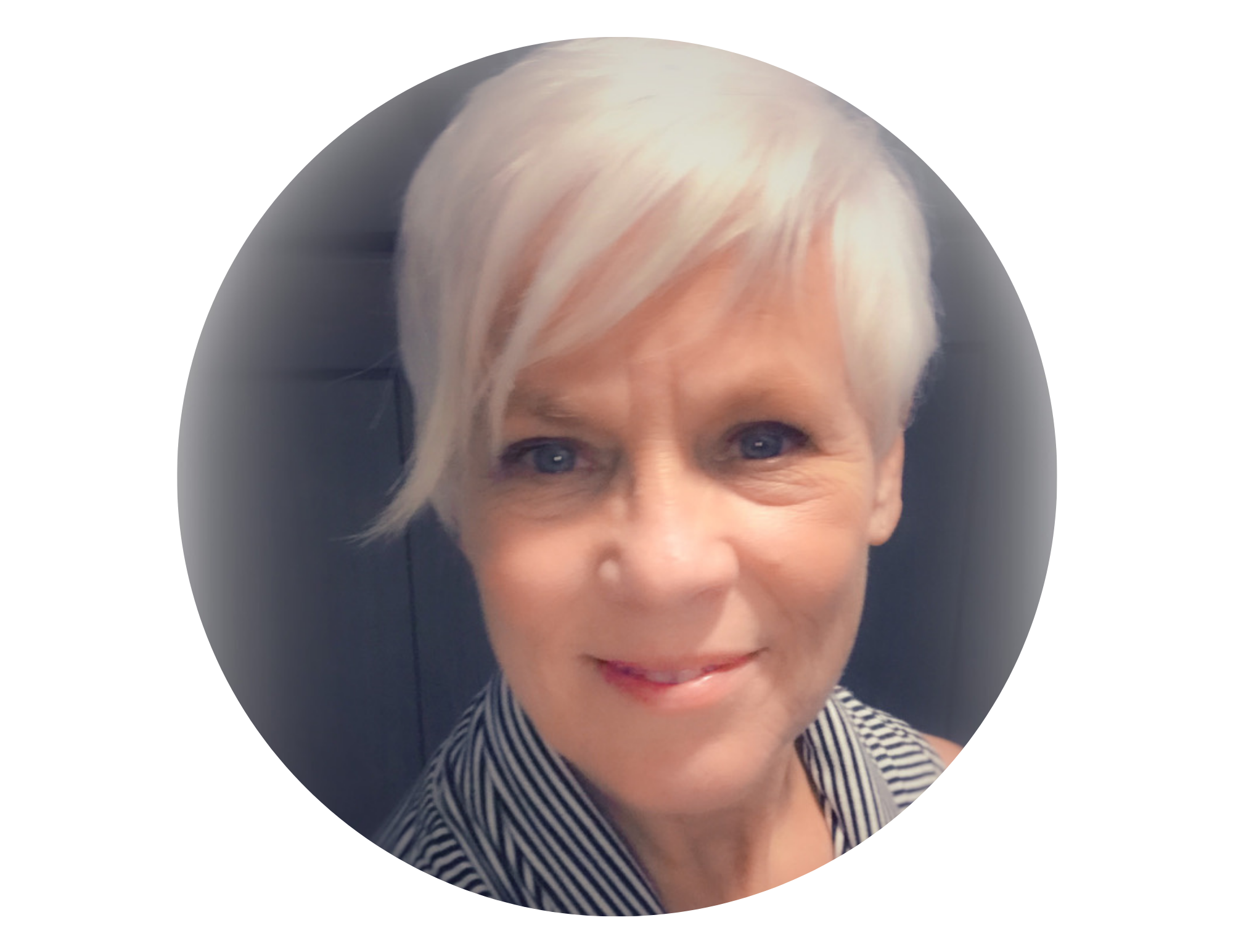